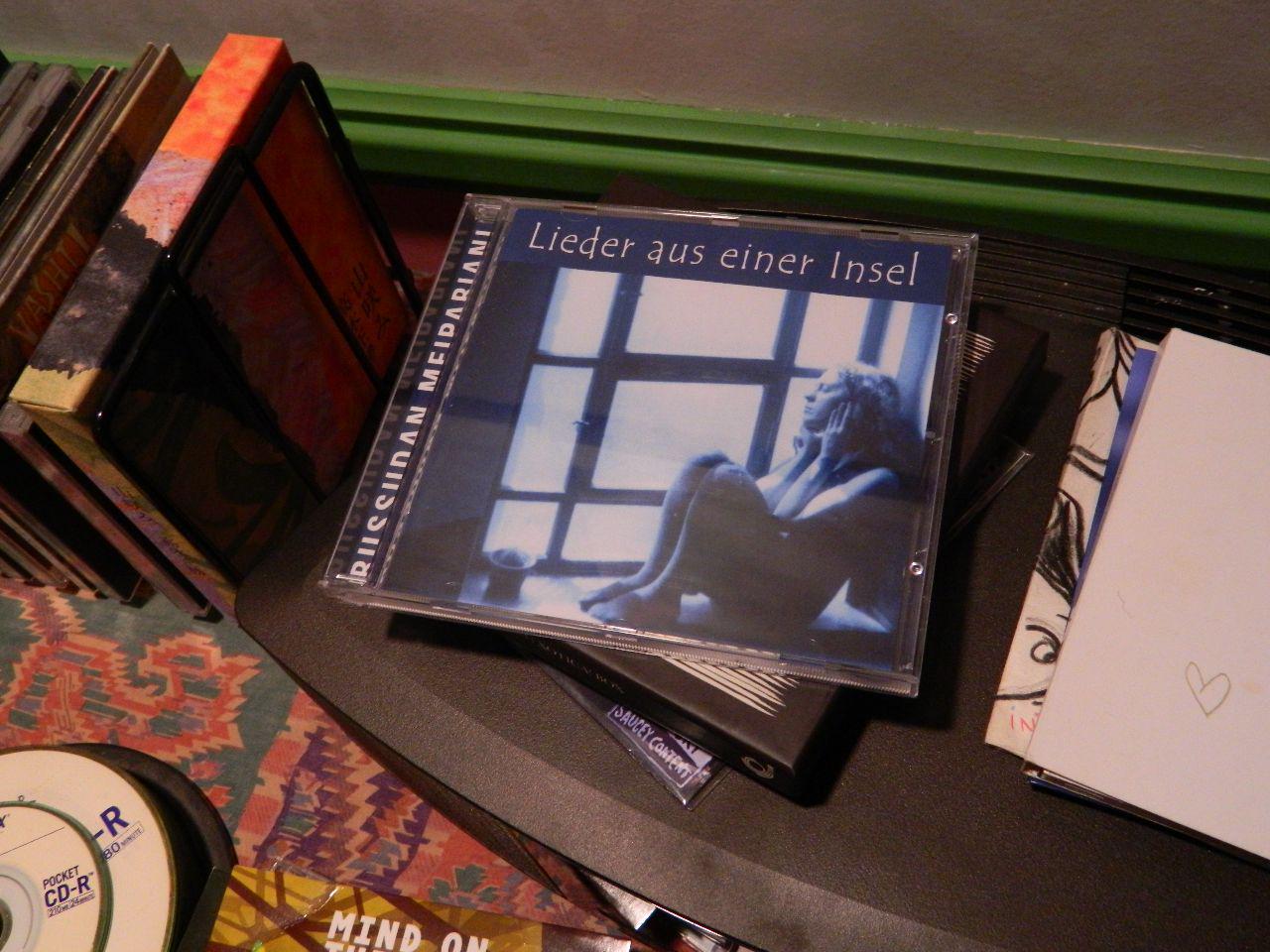 Tonight, I'm revisiting an enchanting album which I stumbled upon in O2O1O while web wandering. The haze of this memory is thick, but I'm certain that I had no clear understanding of how Russudan Meipariani's Lieder aus einer Insel caught my attention. There was no big write-up about her or her work and the title was meaningless to me.

Nonetheless, I was drawn in... by the shape of her name, perhaps? Something about those letters must have intrigued me. In any case, what I found remains one of the most profoundly beautiful and spiritually wholesome albums in my library.

Russudan Meipariani · Verwandlung
Though loosely based in her native Georgian language, Meipariani's singing transcends the limitations of comprehended articulation to become onomatopoeic. I struggle even to find English words which convey the way in which her songs soothe my soul. Her voice weaves itself around the knots of my mind like like a braided river eroding stubborn rocks and carrying them out to sea.

My relationship to my voice reminds me of a dream I had as a child: of becoming an archaeologist. Composing not as constructing, but as discovering. Maybe there is such a thing as archetypes, original music which is already there just waiting to be discovered. every encounter and description is then something very personal. As far as I'm concerned, the voice, as the most original and most versatile instrument, can delve the deepest into your consciousness.

Ten years later, I am marveling at how a boy born in Arizona and grew up listening almost exclusively to r&b and rap found his way here, even now, enraptured by this very obscure Georgian musician who seems little known even in her region of the world. The power of discovery & transformation for those drawn to explore inwards & outwards, connection across language, history, and culture intersecting in this post - in my mind and in yours. Some late night thoughts of a mind drifting into playfulness & peace amidst the tension and chaos of politics & pandemic... Playful notes to end on:
Russudan Meipariani · Erinnerung

While writing this post, I visited Meipariani's (seemingly new) website and, in addition to learning more about her, was delighted to learn that she has released a few new works on Bandcamp earlier this year which I'm eager to pick up next Bandcamp Friday.