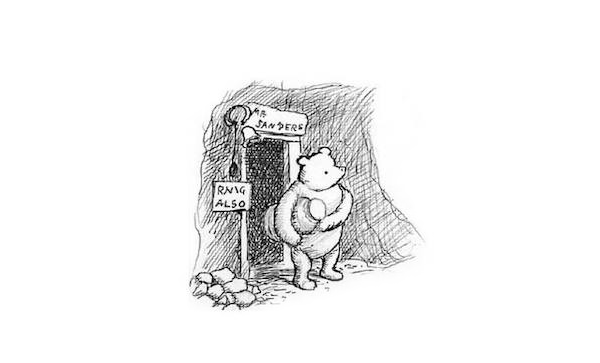 Some feelings about the present & future of the 'social web'

Maybe it's the Luddite-hermit in me, but the idea of being perpetually 'available', tapped into what is currently 'trending', and constantly prodded to remain aware of & instantly-reactive to everything that everyone else is doing/thinking/feeling 24/7/365 doesn't really appeal to me.

Nor does the idea of collecting 'friends' and 'followers' like points in a video game, rather than people that you actually visit online because you specifically thought of them — and who inhabit spaces which reflect their humanity & uniqueness, rather than a vapid grid of digital tract housing.

I don't want to be greeted by some vaguely-personified corporate algorithm which tells me which of my memories are worth revisiting and whose birthdays I should be aware of. Nor do I want to be lured into scrolling an endless feed in a dazed stupor or tumbling down an outrage/anxiety spiral.

I couldn't care less how many disembodied 'likes' that the content I post receives – rather, I want to know who I can actually talk to about a given topic when we have the time & capacity.

I want to connect with the people I'm communicating with beyond snarky one-liners and blank-face-conjured emojis which instantly vaporize into meaninglessness.

For these reasons, I find most 'social' spaces currently on the web utterly wearisome, suffocating, and increasingly disturbing. What was once an open landscape which felt intellectually, socially, & creatively freeing, has largely become an exploitative, walled swamp of manufactured popularity, dogmatic rage mobs, and tabloid sensationalism which infantilizes users rather than empowering them to become autonomous, tech-literate online/offline citizens & sustainably-engaged community members.

The open landscape has been paved over by a mega-mall, and we are expected to live (and die) inside of it – either in a blissful stupor or a state of eternal desperation – as algorithmic leeches drain us of our humanity and replace our husks with Profitable User Data, left to be harvested by a bot or hacker, or cyber-genically 'immortalized' until reanimated by a targeted ad or notification script.

Before 'Social Media' came on the scene, was this really the 'connected world' that people yearned for? Is this the 'Web 2.0' that we wanted?

No. In my view, the web itself has been hijacked and distorted, and the incredible tools that the Internet offers have been psychologically weaponized, booby trapped, and shrouded in corporate mysticism as a means of dehumanizing and parasitizing 'users'.

After cutting Facebook out of my life three years ago and spending a year with very limited Internet access, it has become increasingly clear to me that these tech giants have converted users into 'the used' and completely distorted peoples' sense of why the web was so alluring and valuable to our offline lives in the first place.

As it happens, I'm far from alone in my conclusions. The tides are shifting again, and new tools, networks, & spaces are emerging which draw upon the original promise of the web while also learning from the abuses of the tech monopolies (who are still greedily eyeing what little is left of the 'untamed' digital landscape) to pave the way toward a healthier, more sustainable future which humans build and steward collaboratively.

Unlike the amalgamating behemoths which are incentivized to surveil, automate, and manipulate every waking moment of our lives for profit, these emerging platforms & tools champion various flavors of autonomy, decentralization, interoperability, transparency, privacy, security, inclusivity, p2p, playfulness, and collaboration. They consider users as humans, first and foremost, with differing desires and needs, whose offline lives & rights retain their primacy in the digital sphere.

I am not a programmer. I have a very hard time wrapping my head around the technical aspects of computing and the Internet. But these issues transcend the mere digital divide and encroach upon my very humanity & ability to build meaningful connections with others. As such, I believe that I have both the right and responsibility to actively engage with, cultivate, and learn about this digital sphere which now encompasses not only my life but the lives of everyone I care about.

To that end, here are some tools and spaces which I'm currently tinkering with or keeping an eye on (in addition to this platform):